CHARLESTON:
The Antebellum Neighborhoods and Buildings

Nearly 40 years in the making, “CHARLESTON: The Antebellum Neighborhoods and Buildings” is a triumph. No other book ever produced offers such a comprehensive architectural and human history of the buildings of antebellum Charleston. This book adds significantly to the historiography of a remarkable city, celebrating 350 years since its founding.

Meet the architects, artisans, builders and families who called Charleston home. Journey down cobblestone streets, beyond garden walls and wrought-iron gates to great houses, grand public buildings, tenements, row houses and parks. These are the gems that have endured the ravages of time, a city that today is home to more structures from the nation’s earliest days than any other in America. 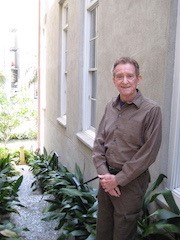 Home
Shop
Login
Back to Top