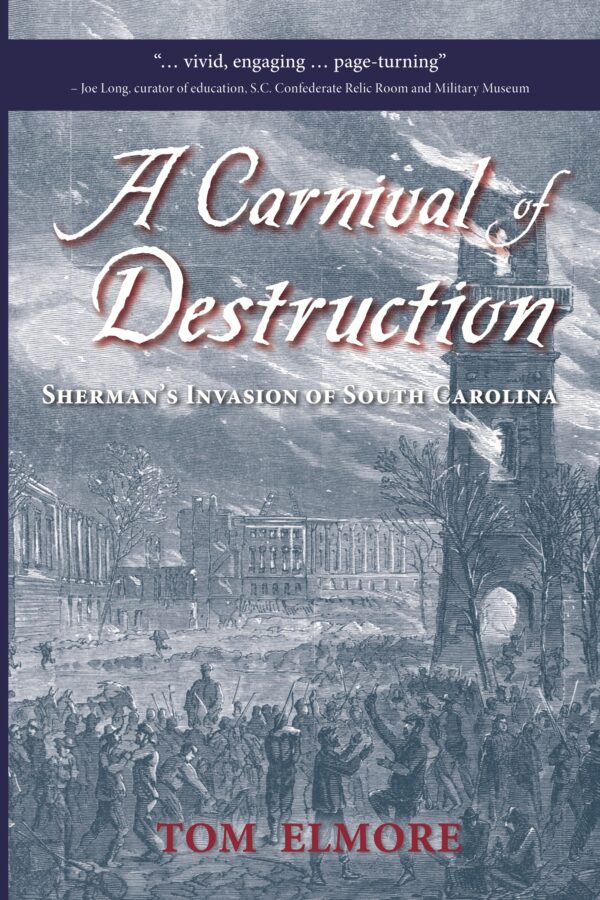 From hairpins, bummers and she-bangs to the Union army’s engineering, thievery, subterfuges and firestorm across the Palmetto state, this book offers the most complete story of Sherman’s march ever told. Union Maj. Gen. William B. Hazen called Sherman’s devastation “a carnival of destruction,” the scars of which can still be seen today.
Historian Tom Elmore spent more than fifteen years researching and gathering hundreds of accounts to write this comprehensive and compelling history, including an examination of Sherman’s military plans, the role of the railroads in the invasion, and the controversy over who was responsible for the burning of Columbia. Learn how the inaction of the Confederate government aided Union troops and how glaring examples of greed, pettiness and depravity were offset by demonstrations of ingenuity, determination and kindness.